The Knights of Columbus have been helping Ukraine since the war started. The Supreme Knight visited Ukraine

On April 12 of 2022, the Supreme Knight Patrick E. Kelly visited Ukraine. Even though it was a brief visit, it was of great importance.

On March 26, doctors in Lviv received the humanitarian aid cargo from their Polish colleagues. Together with the Knights of Columbus, the Association of Polish Surgeons sent 5 tonnes of medical equipment necessary for cardiac surgeries to the Ukrainian doctors from Lviv Regional Clinical Hospital.

Your Excellency,
All things have their beginning and their end. We all know and embrace this simple principle of life. Today it becomes most evident in the lives of two Knights of Columbus. The end of Carl Anderson’s ministry, becomes the beginning for you - Patrick E. Kelly. 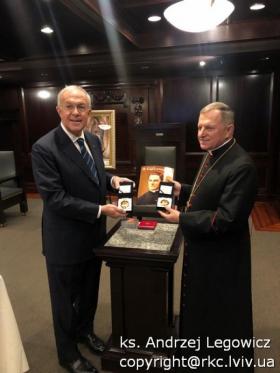 Gratitude of archbishop M. Mokrzycki to His Excellency Supreme Knight of Columbus Carl A. ANDERSON

Your Excellency,
There come times in life when a heart full of gratitude turns to God: “Give thanks to the Lord because he is good, because his faithful love lasts forever” (Ps 118:1). Very often God, in order to show his goodness and grace, uses people whom he calls and chooses to build and spread the Kingdom of God on earth through their witness of faith. 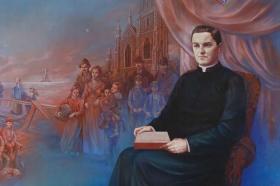