HISTORY OF THE LVIV ARCHDIOCESE

King Casimir the Great who affiliated Galicia to Poland, as well as his follower Ludwik Hungerian, and a royal governor Vladislaus II of Opole requested the Apostle Capital to organize Catholic church structures in Rus.

13.02.1375 - Pope Gregory XI announced the bulla "Debitum pasiombs officii”, according to which the church in Halych was determined as the archbishop's or metropolitan’s, while the churches in Przemyśl, Volodymyr Volynsk and Kholm were to be subject to him. Vatican City reserved its right to appoint the most suitable pastors for new dioceses.
The Duke Vladislaus II of Opole, after the successful establishment of three dioceses in Halych, requested the Pope to move the capital of Metropolis from Halych to Lviv fearing the attacks of Tatars and Lithuanians, since Lviv was one of the biggest and most popular cities in the country.

Marian Jaworski was appointed Archbishop of Lviv. He had headed the Lviv Archdiocese in Lubaczów by this time – a small part of the previous Lviv Archdiocese which remained on the territory of Poland after World War II and kept Lviv church traditions. From autumn 1989 Bishop Jaworski visited Ukraine several times where he was met as its archpastor, the successor of Lviv Metropolitans. Pope John Paul II explained this appointment in his letter of 10.01.1991: ‘Since Lviv Catholic Church has been forsaken by this time, we decided not to leave it in this state, but to appoint the Archbishop to do the holy service. Since you, my dear Brother, having been the Apostolic Administrator, know this Archdiocese the best, we consider it the best to entrust it to you. That is why, using all power of our Apostolic authority, we with the today’s decision, announce and appoint you the Archbishop of the mentioned earlier Lviv Church of the Latin rite, with all the rights and obligations belonging to your service’.

Rafał Kiernicki OFM Conv (dean of the Latin Cathedral in Lviv for many years) and Markian Trofimiak (dean in Kremenets in Ternopil region) were appointed auxiliary bishops.

3.03.1991 - during the ingress to Mytropolitan Basilica Archbishop Marian Jaworski ordained two priests (Josep Mykhailivsky and Andriy Buchynsky ) and one deacon ( Andriy Zayachkivsky). It was the first ordination in the Latin Cathedral after World War II.

28.02.1992- I Conference of Roman- Catholic Episcopate of Ukraine took place in Lviv, where Archbishop Marian Jaworski was appointed the Head, and a Chancellor of the Metropolitan Administration, rev. Marian Buczek was appointed a Secretary.

12.12.1996 – the Metropolitan Higher Theological Seminary of the Lviv Archdiocese was activated. It was moved to Kalwaria Zebrzydowska in Poland in 1945 and eliminated in 1950.

Patrons of Archdiocese:
The Blessed Virgin Mary Mother of Mercy

Cathedral of the Assumption of the Blessed Virgin Mary
Metropolitan Basilica - Sanctuary of Our Merciful Lady and Divine Mercy.

Important events in the history of Lviv Archdiocese 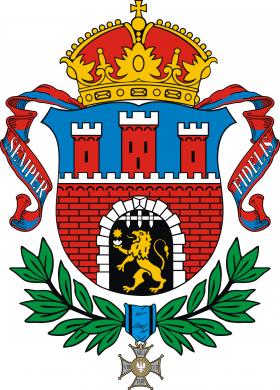 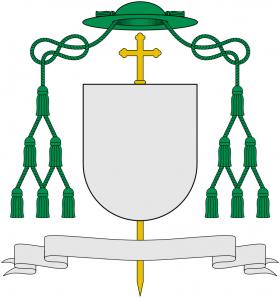 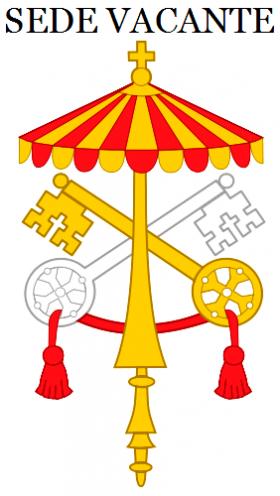 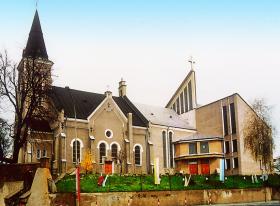