DIOCESE OF KYIV-ZHYTOMYR (founded in the fourteenth century., Renovated 16.01.1991) 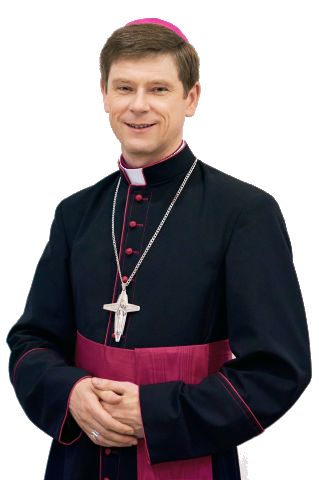 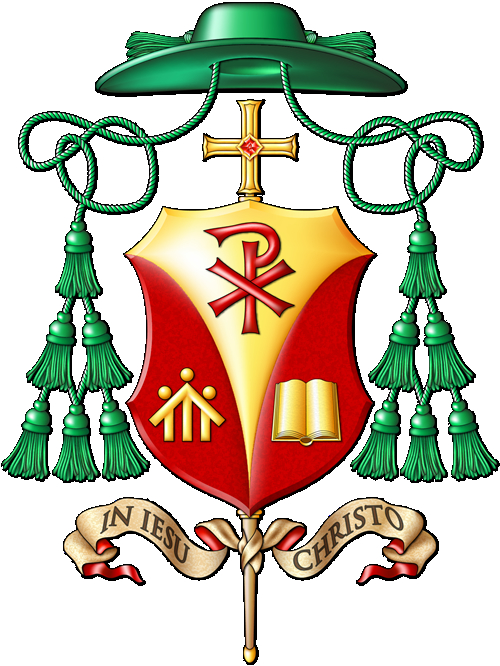 Bishop Vitaliy Krivitsky was born on August 19, 1972 in Odessa. In 1987 he began underground formation in his hometown under the guidance of the Salesian father Tadeusz Hoppe, entering the Salesian Congregation of St. John Bosco in 1990.

After studying at the Seminary in Kracow, on May 24, 1997, he received priest ordination.

Pastoral service Father Vitaly initially performed as a parochial vicar in Odessa (1997-2004). From 2004 to 2012 he was pastor in the parish and superior at the Salesian community in Korostyshyw, Zhytomyr region.

Then, for two years, as a priest served in Peremyshlyany in the Lviv region, and from 2014 he was appointed pastor of St. Peter`s parish in Odessa.

On Sunday, April 30, 2017, the Vatican informed that Pope Francis appointed Reverend Fr. Vitaliy Krivitsky, SDB, pastor of the parish of St. Peter in Odessa, Bishop of the Kyiv-Zhytomyr diocese in Ukraine.

On June 24, 2017, the ceremony of the ordination and the ingress of the new Ordinary of the Kyiv-Zhytomyr diocese of Bishop Vitaliy Krivitsky SDB took place in St. Alexander cathedral in Kiev. 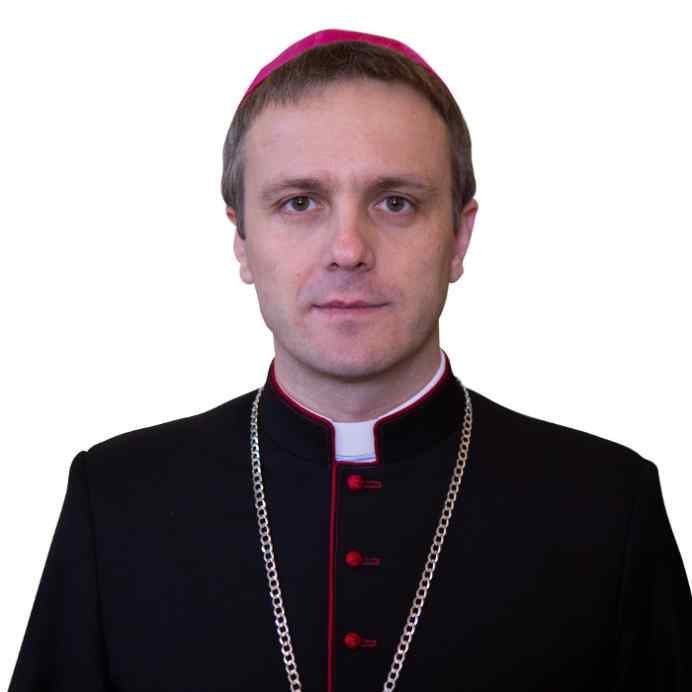 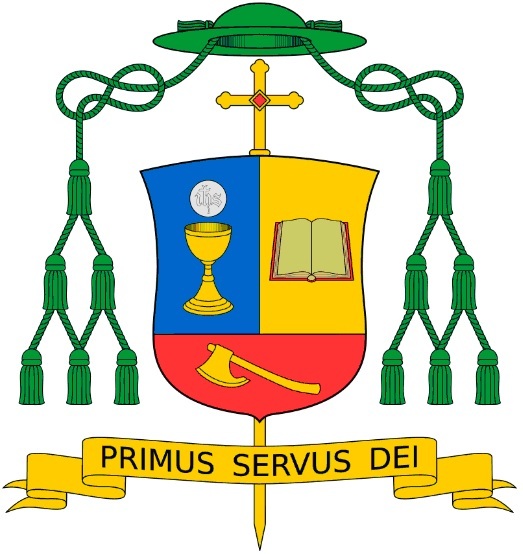 Bishop Oleksandr Yazlovetsky was born on March 2, 1979 in the village of Hybalivka near Shargorod in the Vinnytsia region. After studying at school and professional school, he entered the Higher Theological Seminary in Gorodok, and on June 26, 2004, he was ordained as a priest of the Kamyanets-Podilsky diocese.

For two years Fr. Alexander was a pastor in Murafa and served in the seminary of the Holy Spirit in Gorodok, Khmelnytsky region. Ordination of Priesthood take place in 2004 by Bishop Leon Dubravsky. He worked as a vicar in the village of Murafa in Vinnytsia region and as an professor at the seminary in Horodok. Since 2006 he has continued his studies at the Pontifical Lateran University in Rome, where on November 12, 2012 he defended his doctoral dissertation on canon law, on the topic: "Mixed marriages in the Catholic and Russian Orthodox Churches."

Returning to Ukraine, he became the vice-rector of the seminary in Gorodok, and from 2014 to 2018 - the rector of the Higher Theological Seminary of the Kamyanets-Podilsky diocese.

On August 13, 2018, he was sent to work in the Kyiv-Zhytomyr diocese, where he worked as chancellor and moderator of the curia.

On Wednesday, September 18, 2019, Pope Francis appointed Fr. Alexander Yazlovetsky, Auxiliary Bishop of the Diocese of Kyiv-Zhytomyr, giving him the titular seat in Tulana.

Feast of the Patron - May 3, St. Alexander, Pope and Martyr. 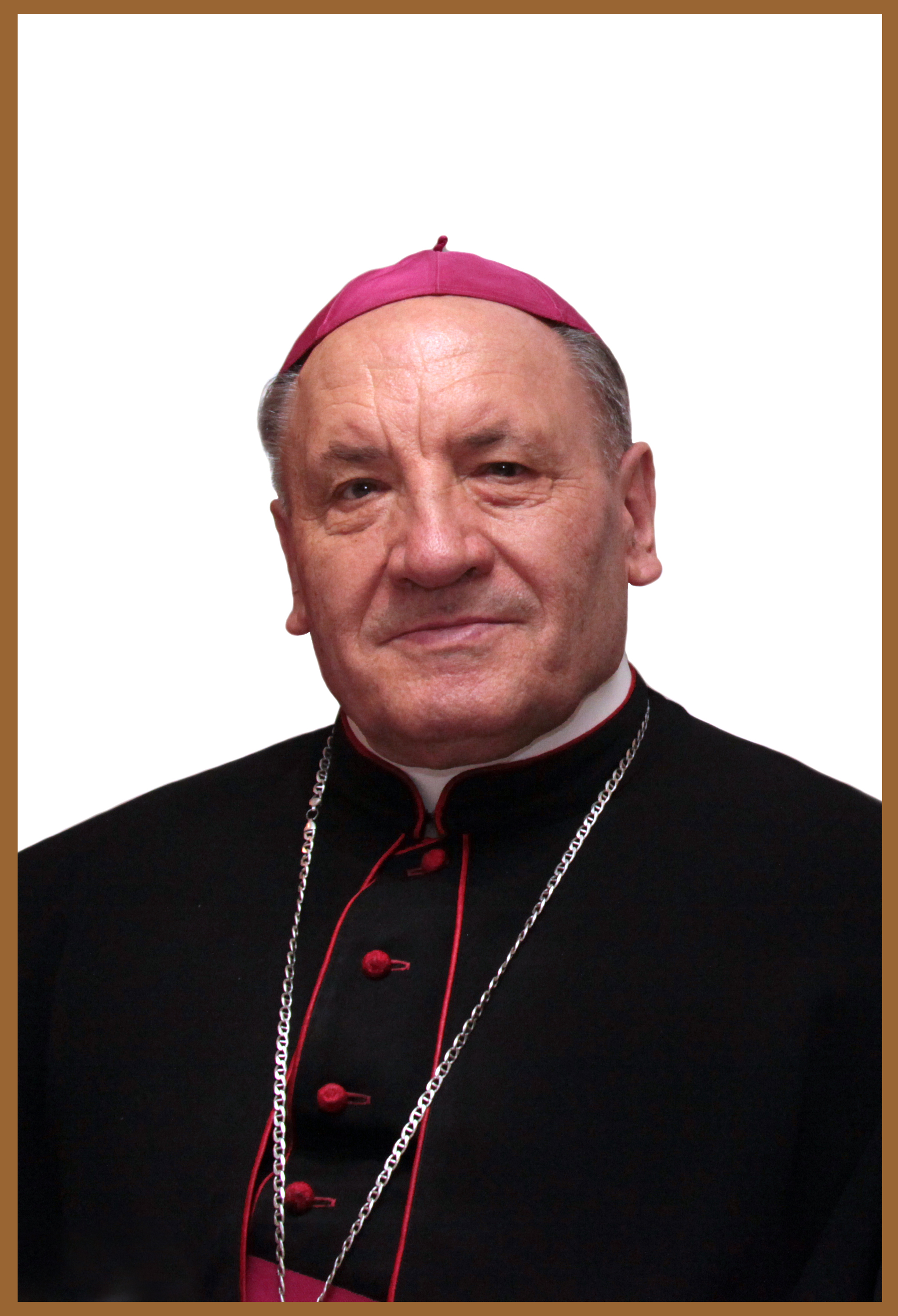 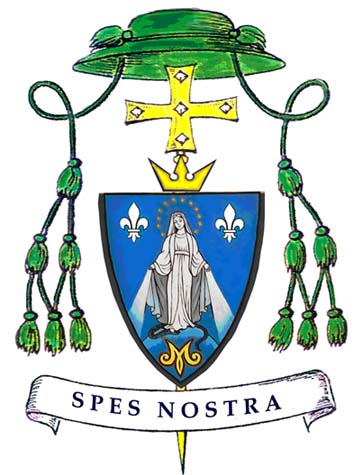 On Wednesday, September 18, 2019, Pope Francis appointed Father Oleksandr Yazlovetskyi as titular bishop of Tulana and auxiliary of the Diocese of Kyiv-Zhytomyr of the Roman Catholic Church in Ukraine.