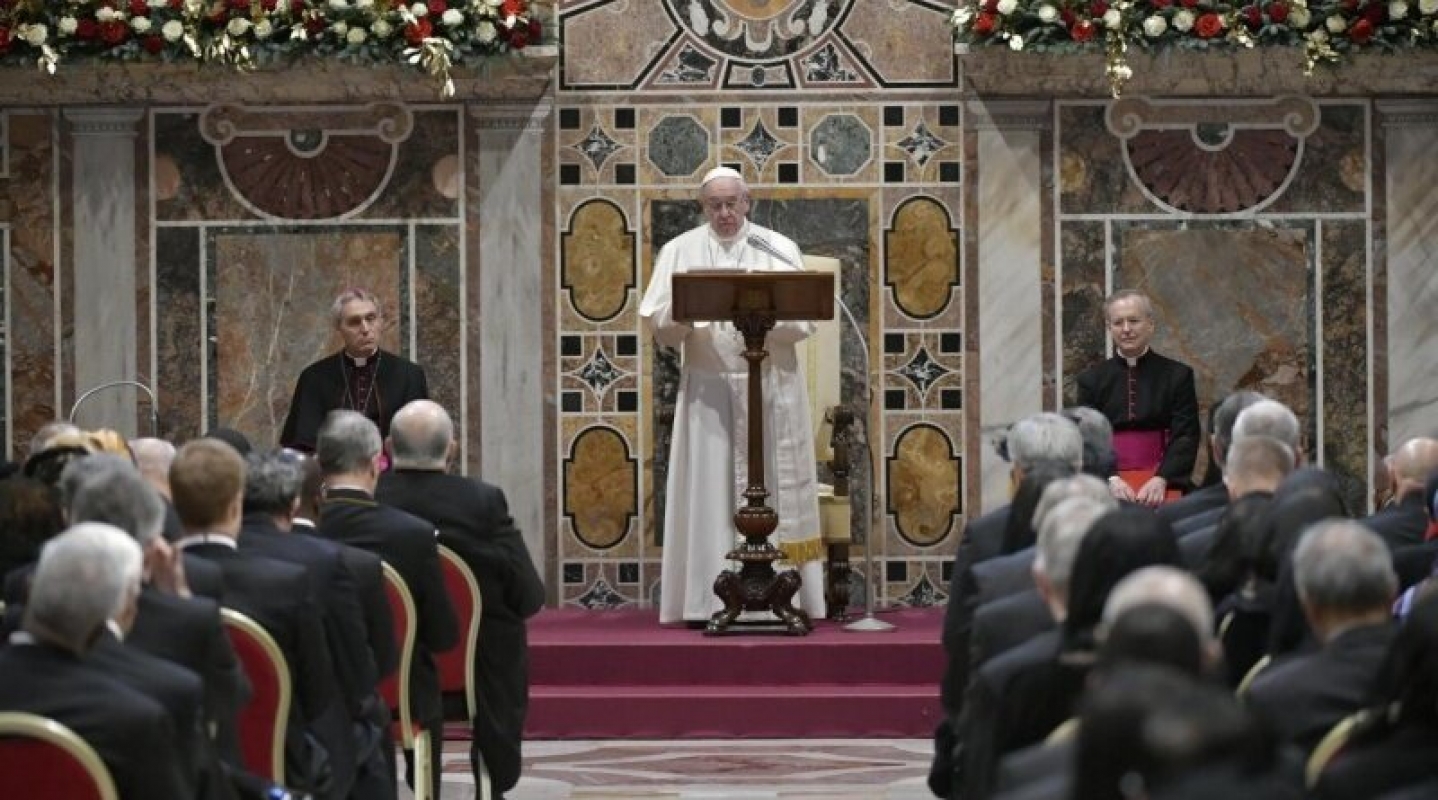 Among these, I would mention the humanitarian initiative in Ukraine on behalf of those suffering, particularly in the eastern areas of the country, from the conflict that has now lasted for almost five years and has recently seen troubling developments in the Black Sea. Thanks to the active response of the Catholic Churches of Europe and of members of the faithful elsewhere to my appeal of May 2016, an effort has been made, in collaboration with other religious confessions and international Organizations, to respond concretely to the immediate needs of those living in the territories affected.

They are in fact the first victims of the war. The Church and her various institutions will pursue this mission, also in the hope of drawing greater attention to other humanitarian questions, including that of the treatment of the numerous prisoners. Through her activities and her closeness to the people involved, the Church strives to encourage, directly and indirectly, peaceful paths to the solution of the conflict, paths that are respectful of justice and law, including international law, which is the basis of security and coexistence in the entire region. To this end, the instruments that guarantee the free exercise of religious rights remain important.

Address to the Members of the Diplomatic Corps, 8 January 2018